I took 2 ceramic classes in college. My first ceramic piece didn't turn out so hot. But after a few more tries the rest turned out rather splendid. 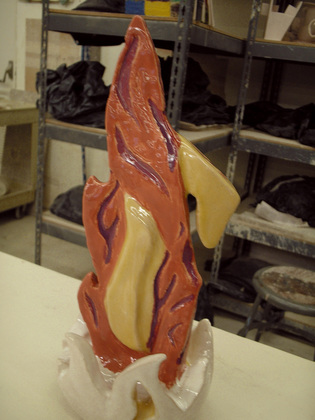 There were two swans and I decided to make one fire and one flower. The "egg shell" t the base had designs carved in the side. These two pieces no longer exist. I decided to gift them to my sister for her wedding but they didn't make it through the airline in my suite case surrounded by bubble wrap as well as I would have hoped... 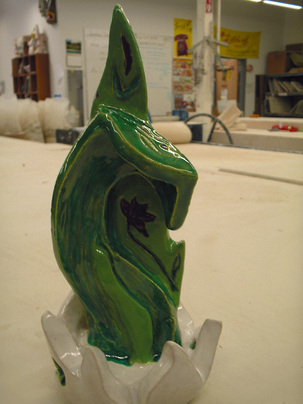 I should have put "Fragile" labels on my suite case... 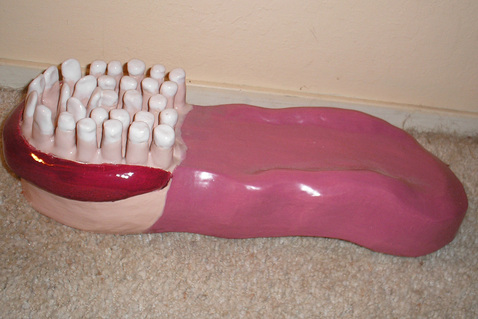 For this project we had to 1. take an ordinary object and enlarge it and 2. transform it in some way. So I made a toothbrush comprised of teeth, lips, and a tongue for the handle. The outline sketch of this before I proceeded to make in clay looked like something else though... 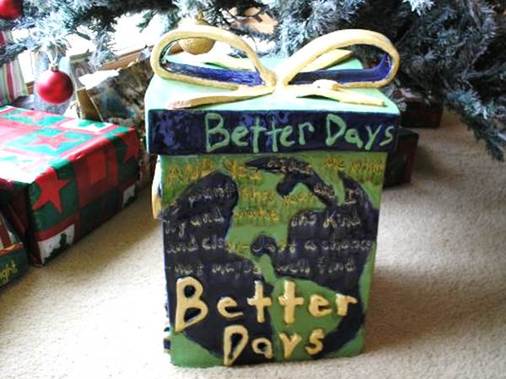 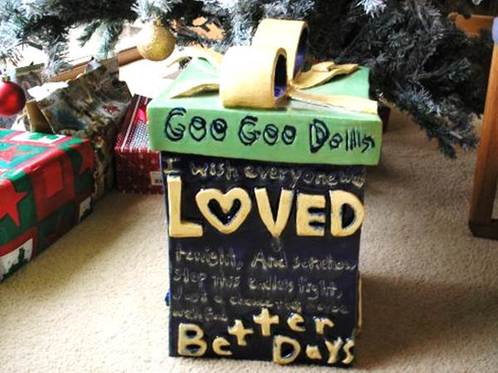 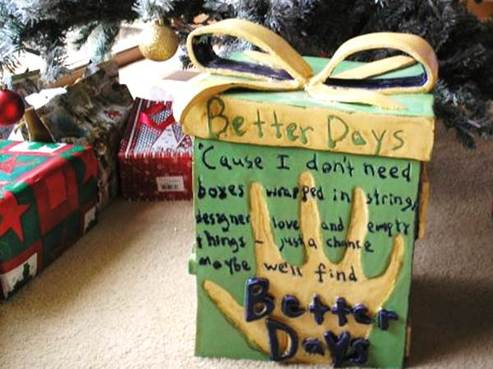 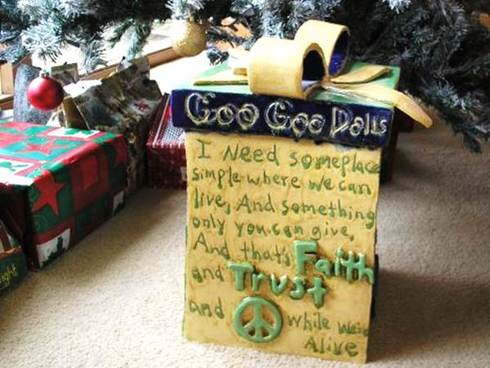 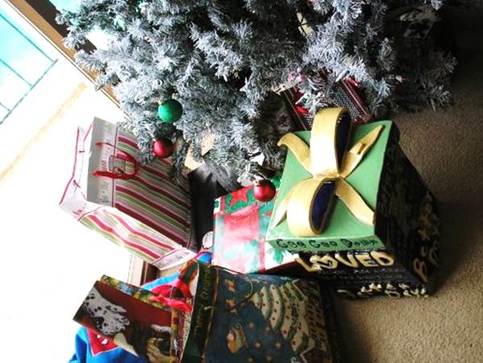 It was Christmas time and I decided that since "Better Days" by the Goo goo Dolls is the ONLY Christmas song I like I would make a present out of the lyrics with some of the images imprinted that are mentioned in the song. We leave it out by the Christmas tree during December now. 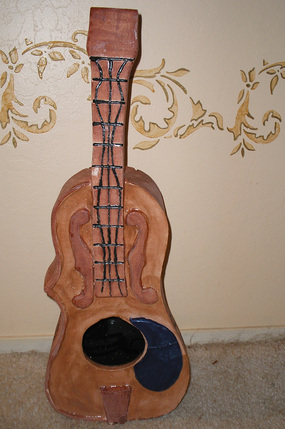 This was my vision for a guitar that incorporated elements from an acoustic guitar, a violin, and a piano. It was a b*tch trying to make, but oh so worth it... 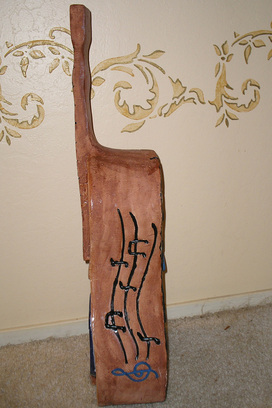 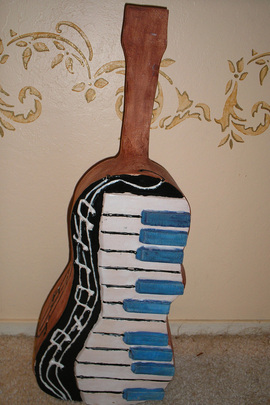 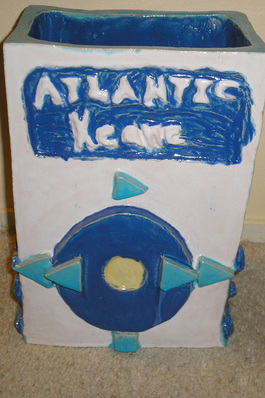 Behold! An MP3 Player that's playing my favorite song "Atlantic" by Keane. The lyrics are along its sides and it transforms into the ocean since the song is rhythmic and ocean-themed. 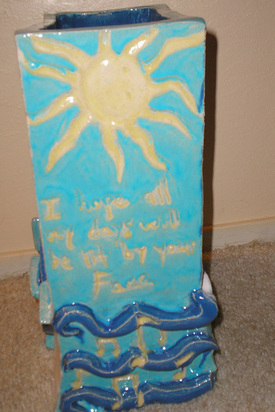 I hope all my days will be lit by your face 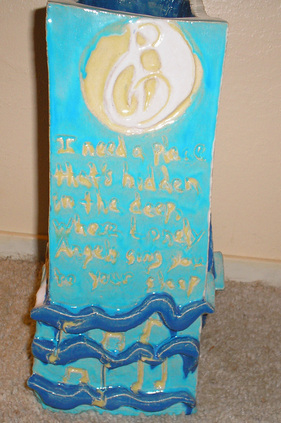 I need a place that's hidden in the deep, where lonely angels sing you to your sleep 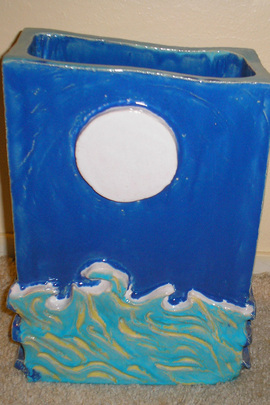